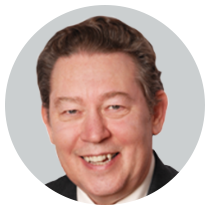 Courtney Smith is a trader, author, money manager, educator, and speaker. He is the only person in history to have a high ranked mutual fund, stock picking newsletter, futures newsletter, and hedge fund. He is the author of seven books. He has appeared on over 1000 TV shows and spoken at over 100 events.

Courtney Smith is the Chairman of the Wealthbuilder LLC, an organization devoted to building great investors. Wealthbuilder provides training and mentoring for individual and institutional investors in stocks, options, futures, and foreign exchange. Mr. Smith has trained tens of thousands of individuals.

He is also the head of OptionsUniversity.com

Mr. Smith is the Editor and Publisher of the WallStreet Winners stock newsletter. This letter was founded in 1995 and was ranked the #1 most profitable stock newsletter for five years by Hulbert Financial Digest.

He was the Chief Investment Officer and Chief Strategist of Orbltex Management, Inc. and managed the Growth Fund which was ranked #1 in performance by Morningstar. He also directed all investments for the firm and was able to get all the funds ranked in the top 15% of the respective Lipper rankings.

Previously, he was President and Chief Executive Officer of Quantum Financial Services, Inc., the second largest futures brokerage firm in the world. Mr. Smith was First Vice President and Treasurer of the New York branch of Banca della Svizzera Italiana (BSI), a Swiss bank. At BSI, Mr. Smith managed mutual funds, client accounts, and was responsible for the trading activities of the New York branch as well as trading and marketing fixed income and foreign exchange derivatives for the entire bank. He was also responsible for the funding and balance sheet of the branch.

Mr. Smith has been a featured speaker at investment conferences throughout North America, Europe, and Asia. He has spoken to tens of thousands of people.

He has appeared on over 1000 TV shows since on such national television shows as Wall Street Journal Report, and Moneyline as well as other shows on CNBC, Fox News, Bloomberg, CNN, and CNNfn.